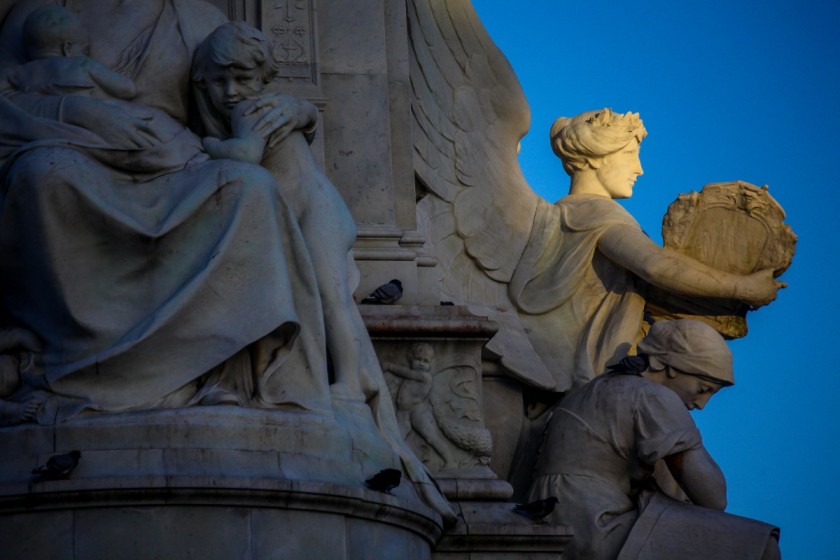 “Whence the origins of your ideas and beliefs?” you may ask of me – though probably not in any such stilted or archaic language.
My ideas come from the very same place that yours originally may have come from – they come from the literature of the nursery.

There was a time when Fairy Tales were all the rage. And while fashion has never been a reliable guide as to the quality of an item, there’s something to be said for the wisdom of the masses. But alas, such stories fell out of favor, and were relegated upstairs, to the nursery – the place where all things considered unworthy of adult attention went. All leftovers were so consigned in those days – food and furniture; small mechanical devices once considered marvels, but now seen only as toys… and books.

How backwards, how ridiculous our society would almost surely seem, to a resident of past times.

From there, some well-meaning but completely misguided committee or scientific body conceived of the idea that stories of this type were too violent; too frightening for children.
It was decided that the guiding principle should be thus: not the idea that giants and ogres and dragons exist, but instead the philosophy of ‘happily ever after’.
Soon, we started sloughing off the more disturbing passages – and then leaving them out altogether. Sanitized versions of the prevailing myths from our past began to appear; until, at last, you couldn’t even find the original forms.
These clean renderings became the new norm, the accepted accounts of the tales; from which our children also now had to be saved.

And somewhere along the way – somehow – the absolutely insane idea arose that we, the reader, had the right to tell the author which parts of his tale were important – to tell him which parts of our common mythos ever existed in the first place. We denied the inconvenient and the uncomfortable parts, and focused all our attention on the happy afterglow.

It’s not difficult to see what such a course of action might lead to.
For in fact, it did lead to what we’ve now become; a nation weaned on, and demanding of, entitlement. We demand the fairy godmother making it all come out right for us. We demand the princess in the glass slipper and the prince on his horse. We expect to have it all, because that’s what we’ve been fed; almost from the day of our birth. We insist on the huge wedding, and the horse-drawn carriage; because that’s the stuff our earliest dreams were made of.

It does no good to point out that the version of the tale you were told is a bastardization. Because we don’t want the unpleasant bits. We don’t want the tale of the people who were killed by the giant – nor do we want to know how many giants there still are – living fat, lazy lives to this very day, for want of someone who will dare climb the beanpole without promise of success, or even survival; without the surety of a ‘happily ever after’.

We only want the easy parts of the tale – as if the story were waiting for our approval, in order to become real. As if we were the author, and not some other person from long ago and far away, writing about what he/she knew… about what they had seen.

One could draw the obvious parallels to government, and religion – but one shall resist the urge.

Still… even with the watered-down version of such tales, there remains enough of the original material to guide you – were you actually interested in being guided – towards the original moral, the reason for the tale to have sprung into existence in the first place.
But a moral is an obligation.
And we’re no longer a nation which believes in our responsibilities towards others – we only believe in their duties towards us.

Where do my ideas come from?
They arise from the same source as many of your original understandings might have.
They’ve come from that mass of wisdom that is common to us all.
The difference is, I’ve decided I will remember my tales – for what should a boy weaned on countless tales of morality ever want to grow up to be, other than a moral man.

Ah, but even now… after all these years of trying to live up to that ideal… the tale is still so very hard to see through to the end.