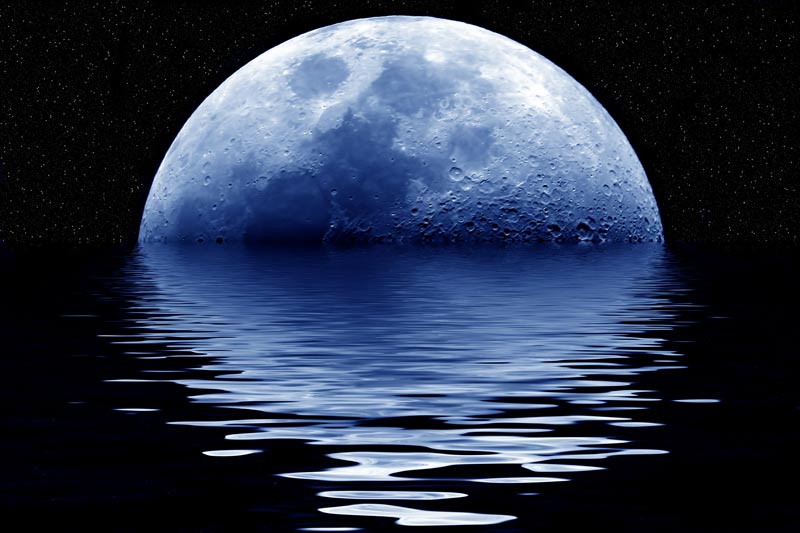 Today is an example of that from which the title of this post was coined. A blue moon… Barring developmental tricks in the software of your choice, it’s not really going to be blue. The phrase refers to having two full moons in the same calendar month. The last one was in 2012, and the next won’t be until 2018. Here on the east coast-ish of America, the moon will be out during the day. So go on outside, wherever you are, and enjoy that somewhat rare occurrence, of a celestial impingement upon mankind’s attempt to instill a bit of order on the universe… Or, you could just go look at the moon. Howling is perfectly acceptable… as long as you’re a wolf, a particularly untamed dog, or don’t give two shakes of a werewolf’s moldy tookus what your neighbors might happen to think of you, should they happen to catch you doing so.   Image found here.