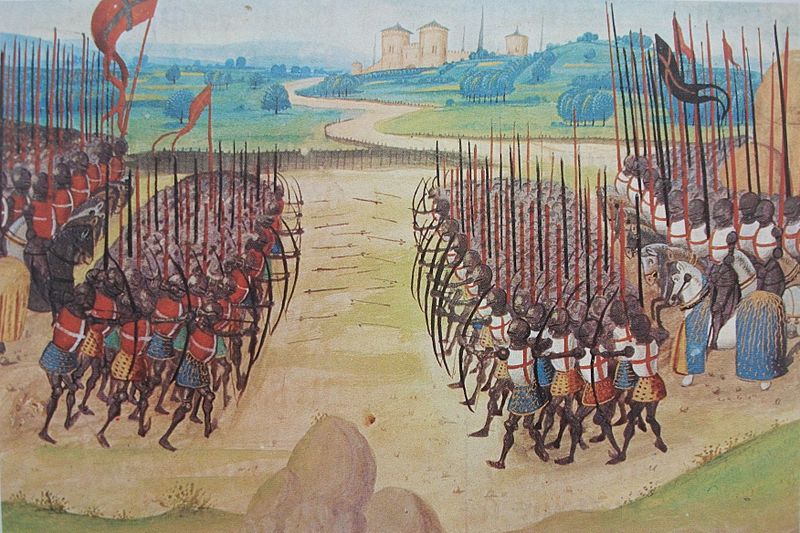 Today marks the 600th anniversary of the battle of Agincourt.
There are English citizens around the world who hold this day sacred, in much the same way we Americans hold the 4th of July, and the Thai hold the King’s birthday sacred.

For those of us who aren’t English, but lovers of Shakespeare, today is sacred for other reasons.
Perhaps the second most famous speech ever written in the English language, behind a certain soliloquy from Hamlet, takes place (theatrically) upon the field at Agincourt.

Here are some justly famous versions of this speech, and an up and comer for admission to their ranks:

Firstly we have Richard Burton.

Next we have Sir Laurence Olivier

And the newcomer, vying to ascend the stairs of the heavens and assume his seat beside such luminaries

But for my money, I return once more to Kenneth Branagh’s version.
Might it be too much to claim that the cinematic arts, i.e. the insertion of a musical score, has done much to color my own judgement?
Those of you who’ve read this blog for any amount of time would not find it strange to so conjecture.

But what is surely the most interesting aspect of this comparison is the almost mystical lesson in the interpretation of Shakespeare. To listen to these luminaries speak, to hear how this actor stressed that word, while another glided right over it, is to be given an superb example of the variety which is the reading of the Bard.

For how can such different presentations be possible, unless such diversity was written into the works from the beginning?
How many other possible versions yet await us, from future performances?

That is why you go to see a performance of a play you already know.
For the possibility of experiencing it anew, through the eyes and heart of another.
For the thrill of hearing it as you’ve never heard it before.