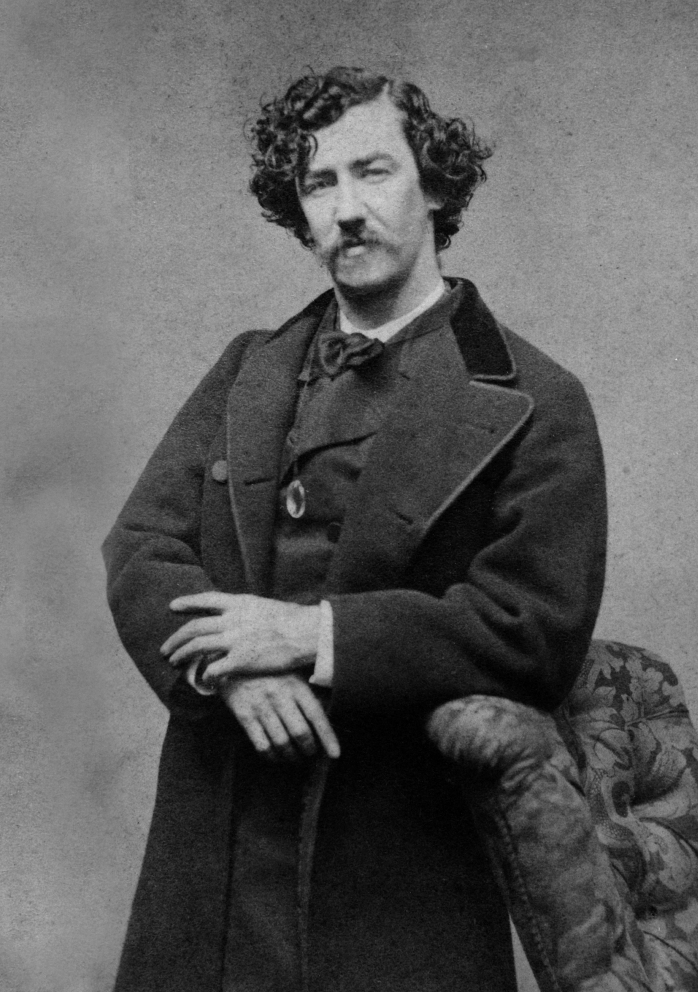 I’ve just learned the most extraordinary (sounded out in your head as you type it (although, shatteringly enough, never actually pronounced that way) as “ex… tra… ordinary”) – I say – I just found out the heretofore unknown (to me) factoid, that one of the most famous American paintings of all time was actually an accident.

It seems that the following bit of doodle-age, doodled on up for us by one James Abbott McNeill Whistler, whose birthday we remember on this date: 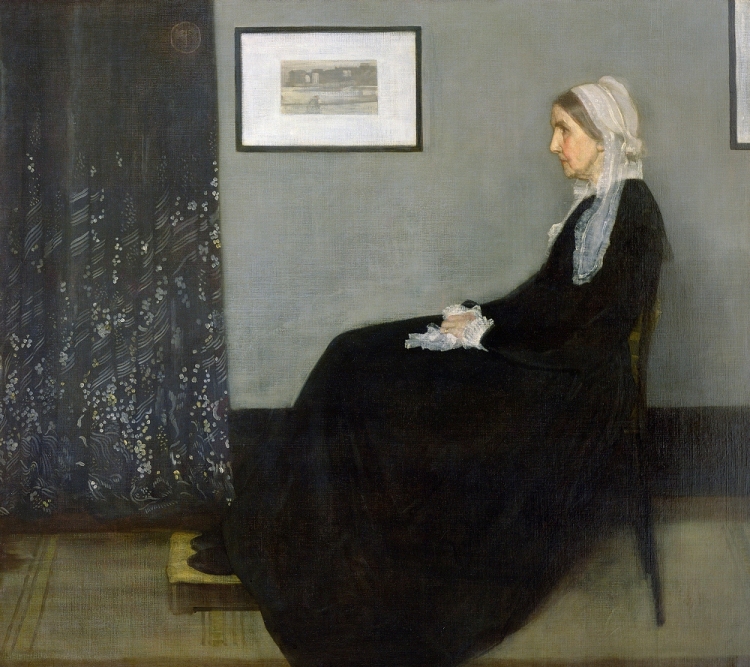 … actually only came about because the intended, no-good, lazy-bones, get-a-grip-get-a-life-get-a-day-job loser of the intended model didn’t show for the sitting.

You just can’t get good help these days!
I mean, all you gotta do is sit there.
And you get paid for it!

The least you could do is show up for the gig…

But think of poor, dear ol’ Mama…
Think of the lengths she was willing to go to, to support her darling baby boy’s fledgling (fledging…? feldging…? fle…) her baby’s soaring career as a bonafide artist of the first rank.

Think of what she might’ve had to endure, if he’d wanted to go into another line of work…

What if he’d tried to be a heavyweight prize fighter?
“We’ll just spar for four or five more rounds, Mama, and then get straight to the road work.”

Or perhaps a celebrated knife thrower with the circus?
“Well… I mean… Mama, you have to expect accidents of this nature, if you’re gonna flinch every time I throw… besides, everyone’s wearing their hair short on the one side this year…”

The things Mama’s put up with, for the sake of their children.

Doesn’t he sorta look like the convenience store clerk who’s caught between the drug-crazed, no-good-niks robbing the joint, and the loose-cannon of a hard-bitten-down-on-his-luck hero, about to pull out a handgun the size of a (smallish) Aleutian Island, with a clip holding approximately more bullets than the contents of all the known confetti canons at a New Year’s Eve celebration, and fire eleventy-seven-brazilian slugs into innocent packages of HoHo’s and DingDongs and DevilDogs and Sun Chips (and don’t even get me started on the carbonated beverages…), all while not managing to hit one single bad guy…?

What’s with the squinty eyes?
Is he trying to channel Dirty Harry?

What’s he pointing at?

Is that where the bad guys are hiding…?

And is it any wonder that we suffer through weeks of horror, like we had last week…?